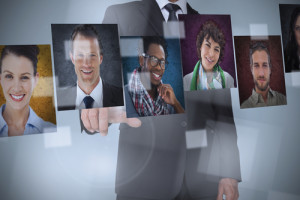 As reports of the unemployment slowing and new job creation permeate media outlets, Americans are increasingly reassured that the economy is on the mend. While it is true that the overall state of the US economy has reached its highest levels in recent years, there are still some many who are struggling to get by. Despite the various legislative efforts and programs have emerged over the last few years, minorities groups still face many more challenges.

For example, the Bureau of Labor Statistics from September of this year revealed that African American males are almost twice as likely to be unemployed as 20 years old Hispanic, Asian and white males. Furthermore, females of all minority groups show high unemployment rates as well.  While the number of unemployed minority workers has decreased overall from a year ago, many officials worry about this disparity.  Social scientists, economists and other experts cite a variety of reasons for the high unemployment rate among minorities including lack of training, loss of public-sector jobs, and unequal access to social networks. Many suggest that these disparities might not be so prominent if young minority individuals had access to the right support and vocational training.

Officials suggest that these candidates are not being intentionally overlooked or outwardly discriminated against, but rather they lack the skills and experiences necessary to compete in the modern labor market, especially as manufacturing and other low skill-level jobs continue to decline.  Earlier this year a number of campaigns and legislative initiatives surfaced to help enable minority workers to obtain job training and apprenticeships, including a bipartisan bill drafted by two senators, Tim Scott and Cory Booker, which would offer American businesses a tax credit for hiring registered minority youth for apprenticeships. In September 2014, President Obama launched the My Brother’s Keeper initiative to encourage municipalities, businesses, and foundations to connect minority youth to mentoring, support networks, and skill development programs which can help enrich their lives. President Obama also initiated White House task force to further examine ways the federal government can help enact legislative efforts which might help to close the gap as well.  Whether or not these efforts will improve employment statistics remains to be seen, yet professionals seem hopeful that with the right improvements to social infrastructure Americans will even out employment rate disparities.

Staffing is a dynamic and complex industry with many liability risk exposures. At World Wide Specialty Programs, we provide insurance solutions to help the staffing industry manage their risk exposures and protect their assets. Our complete portfolio of staffing agency insurance policies is available to agents and brokers to help their staffing clients attain the unique coverage then need. To learn more about our operation, give us a call today at (877) 256-0468.